Going from “the enemy” to the “peace police”

In 2016, after more than half a century of armed conflict, the Colombian government and the Revolutionary Armed Forces of Colombia (FARC-EP) signed a peace agreement that paved the way for the long process of creating sustainable peace. As part of that process, the Colombian National Police created the Police Unit for Peacebuilding (UNIPEP), a non-traditional unit designed to support the implementation of the historic agreement. Not surprisingly, the long years of conflict had shaped the way the police force operated. To police in peacetime, change was needed.

UNIPEP selected experts like Lieutenant Colonel Lurangeli Franco Rodríguez to help do the job. She had already served for more than two decades in the police force and had experience working to create change inside the organization. “My role as a woman within the institution has not been easy,” she says. “It has been marked by somewhat macho or patriarchal stereotypes that exist in the institution. I have overcome those obstacles […] my path has been to show and give the place that women deserve.” Equipped with that experience, she was ready to help the National Police build trusting relationships with the communities it was meant to serve.

BUILDING TRUST
When Franco Rodríguez and her colleagues began visiting villages, they were astonished by the reaction to their police uniforms. “Can I touch you?”’ they were asked. ‘“we have never seen a policeman.” However, they also saw looks of fear. Armed combat, arrests, and prosecution had been part of daily life for the villagers. They didn’t trust the police, and it was mutual.  “The police did not accept even a coffee from the FARC, or the FARC from the police,” says Franco Rodríguez. “Because they were afraid at the beginning that they would harm each other.”

Franco Rodríguez and her fellow officers took a slow and steady approach. They listened and talked. “The process was one of generating trust through dialogue,” she says. “Starting to create spaces and mechanisms where the communities would approach the institution, and also working with the police officers so that they too could approach those communities. Thus, it was a collective process of exchanging experiences.”

This shift in mindset initially generated confusion and resistance among some police officers, but promising results have helped change minds. With time and effort on both sides, the police have gone from being “the enemy” - as the communities described them - to “the peace police”. 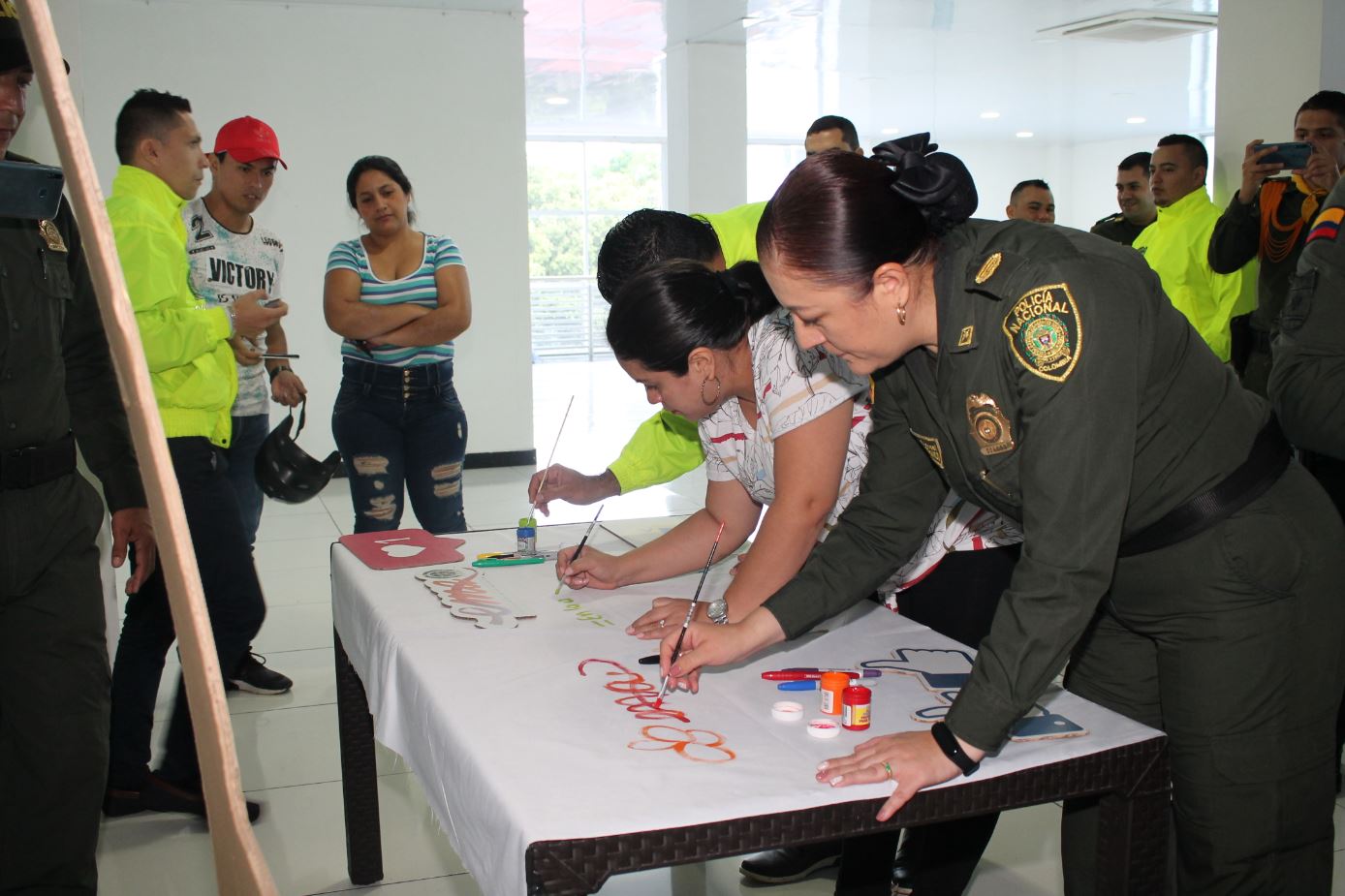 Building trust between police officers and communities in former FARC-EP controlled areas has taken time and effort on both sides.

“I believe that where UNIPEP is, it has been possible to re-establish the bonds of trust between the communities; to be able to listen, to have a dialogue, and to generate trust and legitimacy through our programmes.”
Lieutenant Colonel Lurangeli Franco Rodríguez

PUTTING GENDER ON THE AGENDA
But that was not the only change coming along with the 2016 Peace Agreement. The innovative Peacebuilding Model created by the National Police of Colombia outlined just how it was going to help achieve the aims of the peace agreement. It put countering gender-based violence on the agenda, along with developing an institutional approach to gender issues.

Franco Rodríguez is part of that effort as well. In 2012, she was the head of the police division in charge of sexual crimes and crimes against life and personal integrity. She worked with boys, girls, women, and men who had been victimized, and brings that real-world experience to the table in policy discussions about how to make gender–based issues more visible, and how to better address gender-based violence.

With DCAF’s support Franco Rodríguez is leading the effort to integrate gender into the policies and programmes of the police force. That includes carrying out an institution-wide gender self-assessment, and coordinating two international conferences in peacebuilding and gender in policing.

“I am proud to have been able to contribute to these changes in my country,” says Franco Rodríguez. “They will transcend history and underlie a genuine institutional change.” 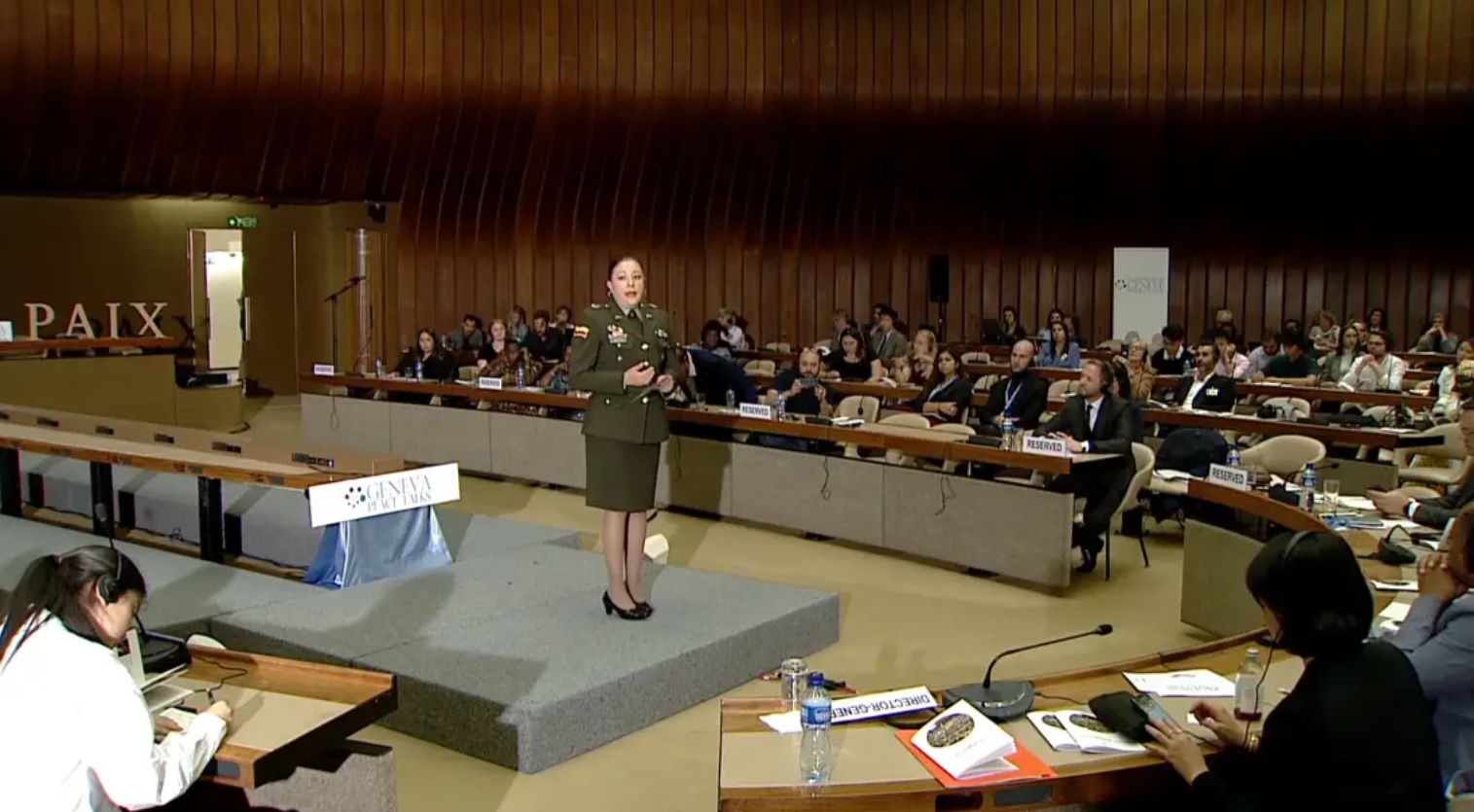 STORIES FROM THE FIELD
In celebration of DCAF’s 20th anniversary, we are highlighting some of our many partners who have made extraordinary contributions to the field of security sector reform and good governance in their countries.