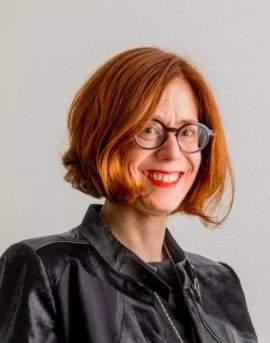 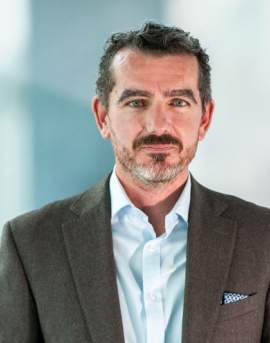 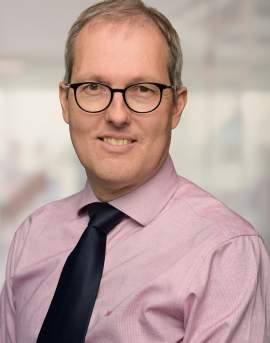 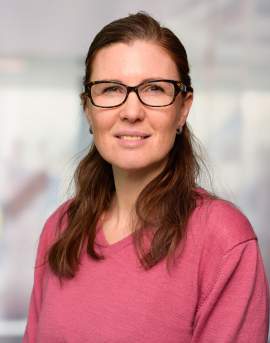 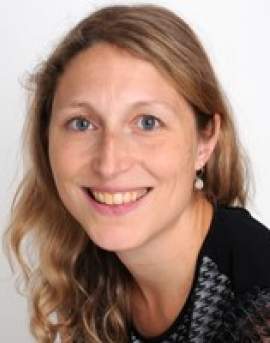 In September 2022, the DCAF Foundation Council appointed Ambassador Nathalie Chuard as the next Director of DCAF. Ambassador Chuard has worked in many of the countries/regions we are engaged in, including as a head of mission for Terres des Hommes Foundation in Iran and as Head of Research for the Temporary International Presence in Hebron. She is a seasoned Swiss Diplomat with postings in Washington and New York, as well as her current posting as Swiss Ambassador to Bangladesh. She also brings significant development and programming experience from her time as Head of the MENA Division of the Swiss Agency for Development and Cooperation (SDC).

Ambassador Nathalie Chuard is expected to take up her post as DCAF Director on 1 March 2023.

Before joining DCAF, Mark  worked for the OECD's Development Assistance Committee (DAC) where he was responsible for conceptualising and developing the OECD DAC Handbook on Security System Reform. Prior to that he worked on parliamentary oversight and police reform, the latter as Head of the Strategic Development Unit within the Law Enforcement Department of the OSCE Mission to Serbia and Montenegro. In this role he led the team that undertook a comprehensive review of the Serbian police service, the results of which were published by the OSCE in the 2004 report "Police Reform in Serbia: towards and modern and accountable police service".

Mark has provided support to security, justice and governance reform processes in a number of countries in sub-Saharan Africa, Asia and South Eastern Europe and has been a visiting professor and guest lecturer at the Institute for Political and International Studies (IPIS) in the Islamic Republic of Iran, the University of the Vest in Romania and at the Belgrade Open School in Serbia. He was a founding editor of the open access journal Stability: International Journal of Security and Development (www.stabilityjournal.org) and publishes frequently on SSR, security and governance issues. He holds a PhD in International Relations from the University of Limerick in Ireland.

Hans Born (PhD) is Assistant Director and Head of the Policy and Research Department at DCAF - Geneva Centre for Security Sector Governance, and in this capacity he also assumes the responsibility of the head of the Policy & Research Division.

Hans Born has wide experience in managing policy and research projects on security sector governance and reform mandated by, among others, the United Nations, the Organization for Security and Co-operation in Europe, the Council of Europe, and the European Parliament. In this context, he has published widely on security sector reform and governance, including parliamentary oversight, intelligence oversight, police accountability, and human rights. Notably, he has published the DCAF – IPU Handbook on Parliamentary Oversight of the Security Sector which has been translated into over 40 languages.

Hans also has experience in implementing operational projects aimed at supporting national actors to strengthen their SSG/R approaches. For instance, he was responsible for a major EU funded police reform project in Myanmar in 2014-2016.  He also spearheaded the International Conference for Ombuds Institutions for the Armed Forces (ICOAF) which is currently a global platform convening ombuds institutions of 50+ states annually, aiming at strengthening grievance mechanisms related to the security sector.

Prior to joining DCAF, Hans served as (conscript) First Lieutenant in the Royal Netherlands’ Army, and worked as a consultant at the management consultancy firm “ODPR” (of the Netherlands Association of Municipalities) and as an assistant professor at the Netherlands’ Defense Academy.

He holds an MA in Public Administration (finance and management) from the University of Twente and a PhD in social sciences from Tilburg University in the Netherlands.

Victoria Walker is an Assistant Director of the Geneva Centre for Security Sector Governance (DCAF), and is the Head of DCAF's International Security Sector Advisory Team (ISSAT)

Victoria has been with ISSAT since 2008, when the team was first established, and has been intimately involved in its development. She was previously the deputy head, a senior SSR advisor, and the lead for ISSAT's advisory field support work. Her main areas of focus include strategic management and engagement, change management, risk, governance, national security strategies, and policy development. In addition she has extensive experience of assessments, programme design and M&E, having led ISSAT's development of guidance for assessments and programme design. Her country experience covers Sub-Saharan Africa, the Balkans, South-East Asia, Latin America and the Caribbean, and the Pacific, combined with direct experience of supporting national governments and non-state actors, bilateral donors, and multi-lateral and regional organisations such as the UN, EU, AU, Inter-American Development Bank, and OSCE.

Prior to joining ISSAT she worked with the EU in several ESDP/CSDP missions. These included political advisor to the head of the EU Rule of Law planning mission in Kosovo; working on crisis management, DDR and human rights in the Aceh Monitoring Mission in Indonesia, and head of the Albania country office for the Balkans EU Monitoring Mission. Before moving into civilian crisis management and development, she held a commission in the British Army. She has a law degree from Kings' College London, an MSc in Development Management and an MA in Social Sciences (focusing on environmental policy) from the Open University, as well as a Post-Graduate Diploma in Security Sector Management from Cranfield University. Victoria is passionate about participatory approaches to reform and supporting local ownership, as well as the political dimensions of justice and security sector reform.

Sophie Pagnetti-Takorian became Head of the Resource Department in June 2018, where she leads and develops DCAF’s overall resource management towards greater efficiency, impact and value.

Sophie directs the annual budgeting and resource planning process and is in charge of improving control environment to monitor and mitigate risk and financial exposure and ensure compliance with internal rules and regulations. She devises and drives the human resource strategy and develops the related policy framework, such as in professional development, compensation and benefits, performance evaluation, training and recruitment. She is also responsible for ensuring that personnel and financial data are controlled in accordance with the relevant legislation.

Sophie has extensive experience of transforming financial resource management and governance in international non-profit organizations. She spent eight years with big four financial auditing firms, five of which at EY, specializing in the non-profit sector, and nine years in non-profit leadership roles, including at Médecins Sans Frontières Suisse, where she overhauled accountability, internal control, grant and risk management practices.

In addition, she lectures regularly in controlling, risk and accounting at the Haute école de gestion (HEG) and the Université de Genève (UNIGE), where she led a financial module in the Certificate of Advanced Studies (CAS) in Modern Management for Non-Profit Organizations.

Sophie is a certified chartered accountant and a graduate of the Burgundy School of Business and Management. She earned a CAS in IFRS and IPSAS from UNIGE.