Change Maker Muna Luqman: a vision for peace in Yemen that combines aid, community, and security

Muna Luqman, an adviser on gender and inclusivity with our Middle East and North Africa team in Yemen, has been announced as one of six global finalists for the 2022 Women Building Peace Award.

The founder of Food4Humanity and co-founder of the Women’s Solidarity Network in Yemen, this remarkable peace activist and advocate for human rights has been working tirelessly to improve human rights and livelihoods and security for Yemeni people for the past 15 years.

“It is all about safety,” says Luqman, “if you don’t give the communities stability and security, they will go back to fight”.

Security in Yemen is a militarized, narrow field where women, youth, and communities are excluded from discussions about security arrangements that affect their daily lives. Luqman’s vision is that every single step must consider the views and needs of everyone if there is to be a hope of creating sustainable peace.

“Working with men in guns on the battlefield is the old school way of doing things.”  - Muna Luqman

Today, Luqman sees an evolution in the approach of the Yemeni government and its institutions so that it’s starting to include the perspective of communities into the discussion and decision making. It makes her hopeful that her country will gradually find a path to sustainable peace.

She shared with us a bit about how that change – that in the beginning seemed impossible – has come about.

CHANGING THE PERCEPTION ABOUT WHAT PEOPLE TRULY NEED
Luqman started her career working in the humanitarian field, where the first answer to meeting people’s needs is to provide basic necessities - food, water, and shelter. While humanitarian aid was a first step to support people, it did not prevent boys from having to pick up guns and go to war.

She quickly realized that people in a crisis need more than food and water; they need humanity, dignity, and to feel safe in their homes and communities. And also that sometimes the agenda or beliefs of those advocating for the people were getting in the way of meeting their true needs. Communities needed a trusted person who shared their values, who could understand their needs and speak on their behalf. That’s where Luqman believed she could play a useful role.

“Even when international organizations come to help, there is a big gap between the local needs and what is happening globally.”  - Muna Luqman

The connection between a decent livelihood and peace and security was also underestimated. “Without it, people go to battle for money,” said Luqman. “Or migrate and start fighting with host communities who themselves don’t have enough resources to share.”  That’s why developing an approach that combines humanitarian aid, community, and local security is a key factor to achieving peace.

LEVERAGING THE IMPACT OF LOCAL PEACE INITIATIVES
One of the challenges that Luqman regularly faces is a lack of understanding of her role helping to bring together government, international organizations, and community groups to bridge the gaps in orientation and approach.

“Warring parties and international actors have a top-down approach, while at Food4Humanity and Women’s Solidarity Network, we have a bottom-up approach,” explains Luqman. “They don’t always see the role, impact, and benefit of our work on local security.” 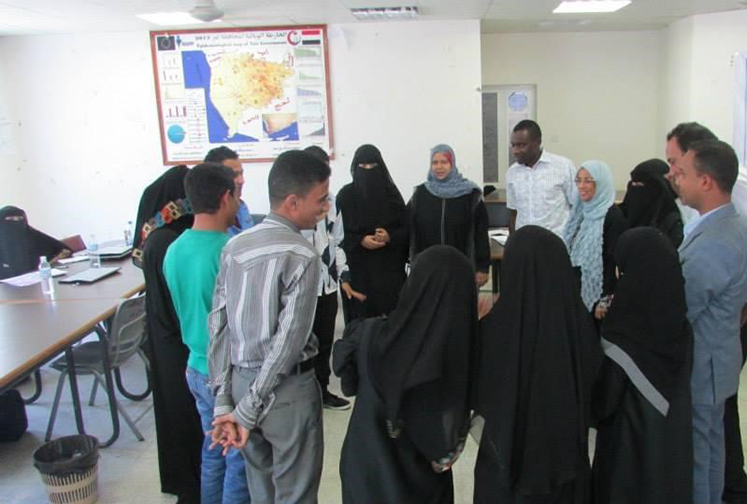 On the contrary, local communities have been very supportive of the work of Luqman and her organizations. She convinced more than 150 youths to volunteer on peace initiatives with the result that, instead of fighting, they started their own follow-up initiatives working for the well-being of their local communities. Slowly, though models like them, Luqman is spreading the vision embodied by Food4Humanity and the Women’s Solidarity Network. “Local peace initiatives are powerful,” said Luqman. “When other organizations in Yemen witnessed the results, they started replicating them.”

“Even if you can’t get a peace agreement on a national level, you can work on peace at a local level.” - Muna Luqman 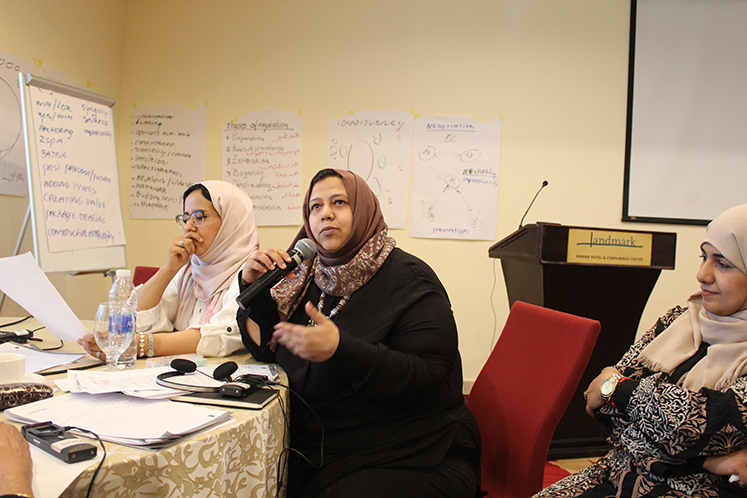 After years of effort and step-by-step success, Luqman has made strong allies such as MADRE, the International Civil Society Action Network, and international think-tanks that now fund her projects, open doors to the UN Security Council, and invite her to speak on panels all over the world about peace, security and humanity development with a gendered lens in Yemen.  As a result, Luqman is able to share her expertise and experience, and bring her vision of peace to other countries facing the same challenges as her own.

The winner of the 2022 Women Building Peace Award will be announced at the end of November.